Online Gallery – The Forest Within Me- Photo Art by Anja Meixner 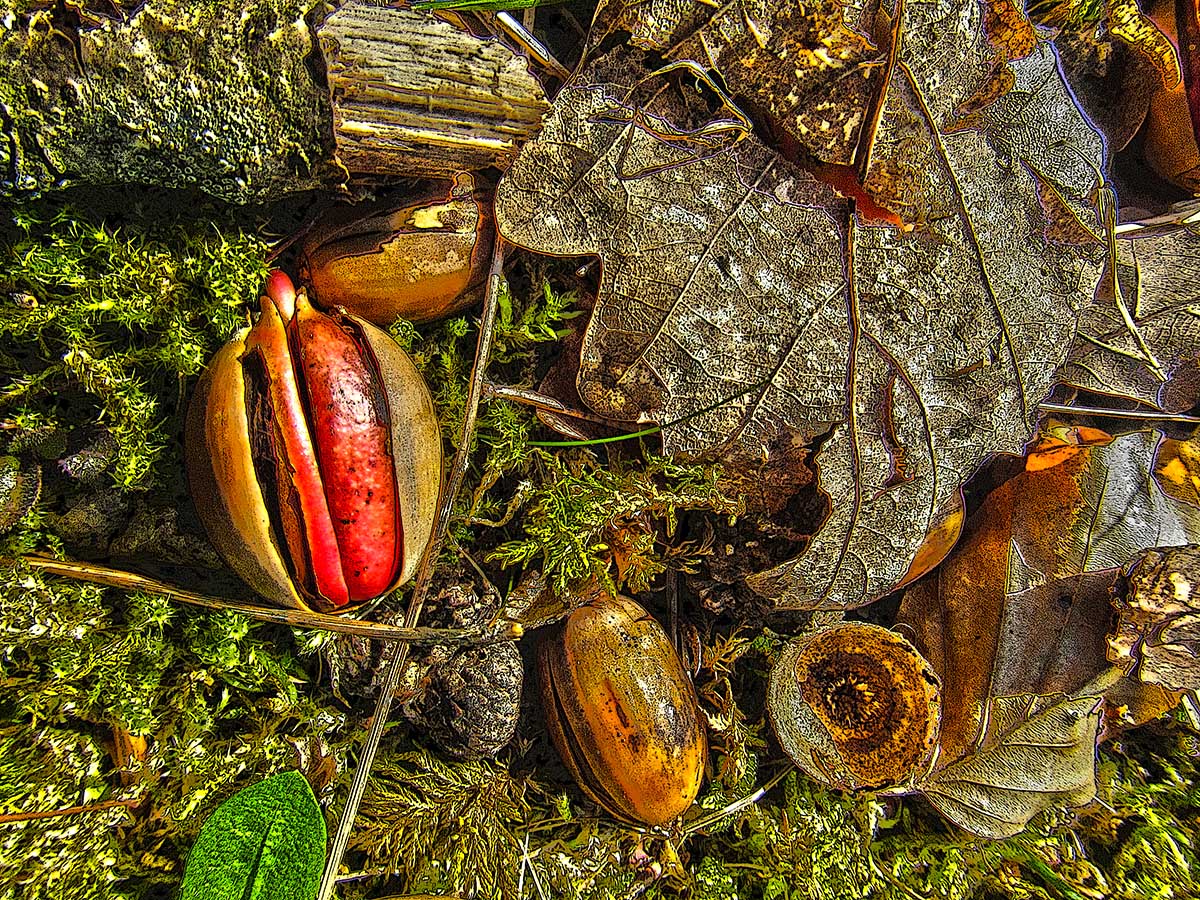 The Forest Within Me is a homage to the tree. It is about the spiritual dimensions that deal wistfully in the growth of its biodiversity. The forest is a superior life force to me, I feel part of the forest, without the forest there would be no means to draw breath.

The works in this exhibition, are no longer existing or endangered trees to be revealed as forest monuments, which I have immortalised with my camera over extensive periods of travel through experiencing the many and varied forests of the world. for more than two decades I have documented the forests in New Zealand, America, Asia, Australia and Europe, that I was deeply impressed by 20 years ago and now can no longer see. This is when I realised that these earlier series of photographs are monuments of memories from the forest that no longer exists today, that have been irretrievably lost, cleared, or burnt, burnt like an island.

The forest within me does not just mean my personal relationship to the tree. It seeks to show how vital humanity is deeply interwoven with the forest. On Earth, there are only seven significant, contiguous forest and jungle areas. Every day they shrink by many thousands of hectares due to human intervention. The forest does not need humans, but humans need the forest to breathe.

If you do not know the trees, you treat them all like firewood, a proverb from Uganda. Trees could teach us to surrender to the wind of life. Instead, we use the forest for entertaining economic benefits destructively.

Inside the forest, there are an infinite number of ways in which trees group in their distances to each other and open paths or clearings for humans. The number of trees and how they are set up in relation to each other is so great that we as human beings are able to experience contact with our physical extent in the interior of the forest, not with the outside. The view is wondrously distorted. The forest is so big that it may engulf us all, it is with great effort that we have to navigate ourselves to leave. This is when you can begin to talk about another time in the forest, as forest time.

A number of my pictures are unedited. The others use graphic imagery to reflect this personal relations to the tree as an individual monument, an homage to the many trees that are within the forest. This is the forest within me that I come from.

Anja Meixner was born in Germany (1966) and lives between Würzburg Germany and Sydney Australia. She discovered media film and photography at Cologne University, while completing a Masters course in Anthropology. Meixner is convinced that you can come closer to conclusions about a foreign culture or rather the human condition through methodologies in the arts. She has done a lot of courses in film and photography at famous universities: Göttingen, Rockport, Maine and institutions; Australian Film and Television School (AFTRS); Australian Centre for Photography and the National Institute of Drama. She was the set photographer at AFTRS. Her work investigates subjects that explore: the complexity of gender; the estrangement of the human being from nature and from oneself; the ambiguity of the representation of power and its fragility and the production of life as a big party. For more than 20 years Meixner has been exhibiting digital artwork in galleries in Germany and Australia.

In the forever absence of the ever-green;
is the ever-yellow, ever-red, ever-blue

As views about the nature of social change are developing, with the emphasis moving from social reforms imposed from above, to social action taken by the people concerned first-hand, artist’s and art practice that sets out to express these social concerns gives recognition that change happens as much by inspiration and catalyst as by imposition.

Here on Earth. After a millennia of poetry about the moon, flags were waved and men wearing space suits stomped around leading to the expected curve of consensus approved trajectory. It’s now over 50 years past and we arrive at the question: What kind of humanity would survive paradise?

Paradise is not the place in which you arrive but the journey toward it. The Forest Within Me, is a symbol, it confers significance and makes a live thing of which the mode of existence is not temporal at all, and which is variously represented, under different aspects, by such images as those exhibited by Anja Meixner.

Hazlitt, the 17th century poet and painter who defined poetry as a light to illuminate still objects, reinforces the idea of Anja’s image’s independent life of an artist who is wonderfully involved. He writes, “The light of poetry is not only a direct but also a reflected light, that, while it shows us the object, throws a sparking radiance on all around it.” 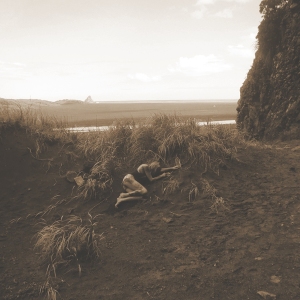 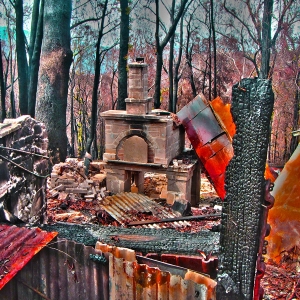 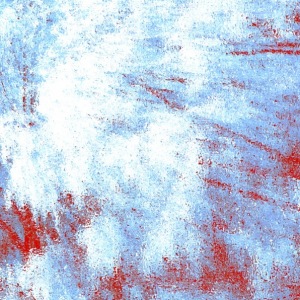 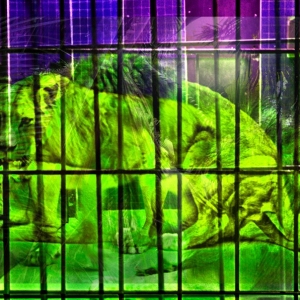 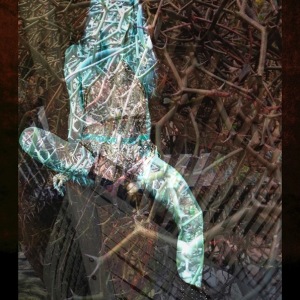 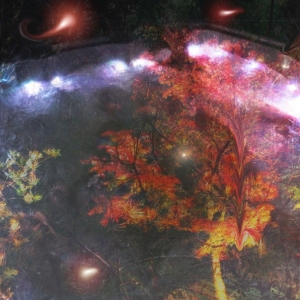 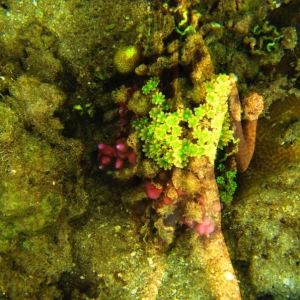 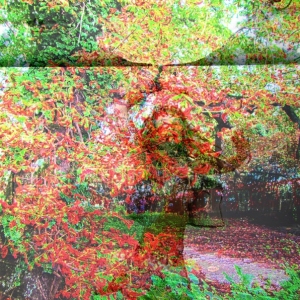 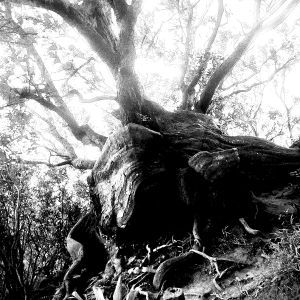 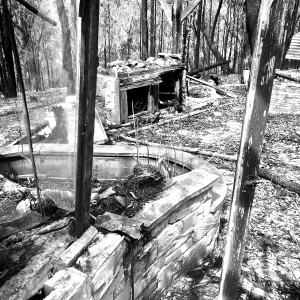 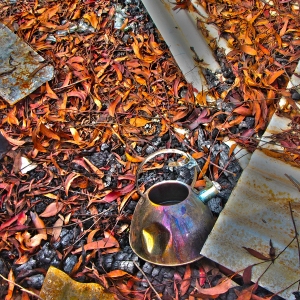 On the map, the trees are a dot
Receding along the furrowing hairline
Any road becomes a spirit for wooden furniture
forced out of a botanical rush-hour
The noon glare, the wind that wakes,
the wings that cock-crow on the cello
Gaugin’s dream of elongated green fruit
The European-eye with its varying shades of blue
Blackman’s Butterfly Face the dark forest voyager
Feel the foliage of improbable colours
purple, magenta, shining pink skin
the long gone wood, which rings
urgent shrill sounds of cicadas,
the unseen creatures on the move
rolling to the rumoured motion
buzzing and biting the intricate swarming life
/
We are all rooted, in the long bedded undergrowth
Tangled in a strong desire to marry the blue above
with a gothic secret to succour from the earth
Unfurl the understory, vaulted and vanishing
the trunk stained in sepia, a passenger
One inside the other, growing to emerge
Rutted and strewn bodies double, indraw
as if they have grown their own crutches
Everything battening on everything else
/
The sawmill, cutting the canopy sectioning the sky
Hear the butcher-bird, the shriek devil, the undersong
the green where shadows meets leaf
Flat as bedtime milk
Rope battle scenes of two views;
the cuttaway, the section and the phantom
Tree sprites, and demons make visible
the image of a bird in a cat’s forehead
/
We hold right angles dear, nature
is untouched by such affection
Our corners are sharp, flat
Hers are rounded, curved
The swelling-bulb lies hid below
end-loaded from the drag of leaves
A tension-resisting monument
spirals in logarithmic readiness
to draw-in all comers to its care

angela stretch is a Sydney based artist, curator, writer and organiser from Christchurch, New Zealand. Her work uses language and poetry through a variation of mediums and has been exhibited and published nationally and internationally. She is the curator of the Poetry Sydney Program at the Brett Whiteley Studio, AGNSW.

For enquiries about any of these works, including other ways of purchasing, shipping, etc,
email us at: info@tapgallery.org.au
or call us on 0400 610 440